Regardless as to whether they’re in free range or caged farming systems, hens lead an existence of pain and suffering throughout their shortened lives.

There is a common misconception that free range eggs involve hens roaming outside, happy and free. Yet the reality is that free range hens are actually kept in vast sheds with potentially thousands of other birds, few of which ever see daylight.

Free range might mean cage-free, but EU legislation stipulates that as many as nine birds can occupy one square metre of floor space. Provided the bird-to-floor ratio is met, these laws do not stop chickens being stacked tier upon tier. They must be given some kind of outside access, but in such confined spaces only few birds are ever able to actually make it outside. 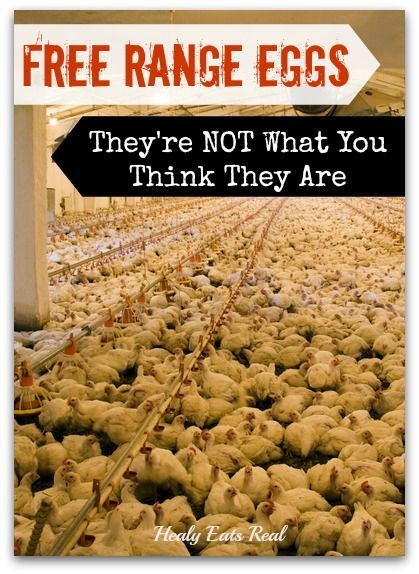 Standard free range practice is to cut off a large portion of each hen’s beak with a hot blade without the use of painkillers so that hens in close confinement don’t peck each other. A hen’s beak is very sensitive, akin to a human’s fingertips. Research suggests that beak trimming leads to both acute and chronic pain with symptoms similar to those of human amputees who suffer from phantom limb pain.

All commercial hens are sent to slaughter after around one year’s egg production despite having a natural life span of seven years. They mostly end up in processed meats, typically pet food. ‘Breeders’, the hens required to produce the next generations of egg-layers, are similarly slaughtered after one year due to exhaustion. 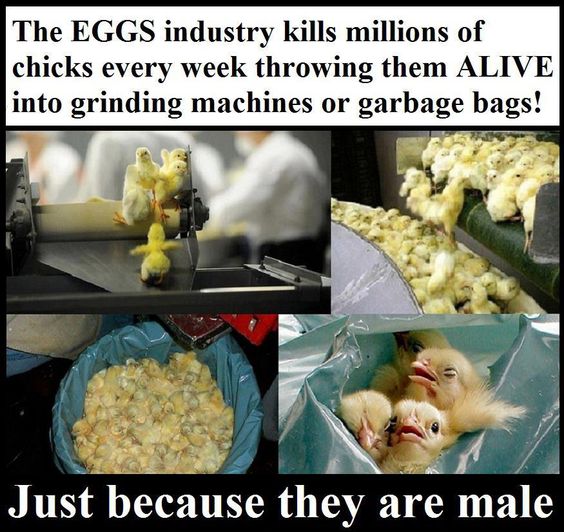 Battery farms consist of huge, windowless sheds housing thousands of hens who are crammed four or five at a time into small wire cages stacked on top of each other in rows. Each hen may have as little as 430cm² of space: too small to spread even one wing. Battery farms exist across the world, and the majority of egg-laying hens in the US are battery, despite bans in some states. 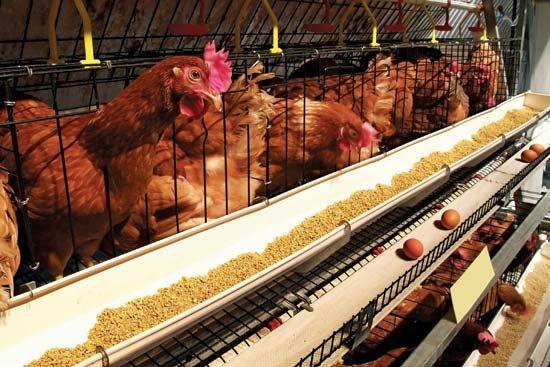 In the EU, barren battery cages are banned in favour of ‘enriched’ cages, though these only provide 600cm² of usable space: less than an A4 size of paper. Meanwhile, some farms have been known to break the ban and still use the older, smaller cages. 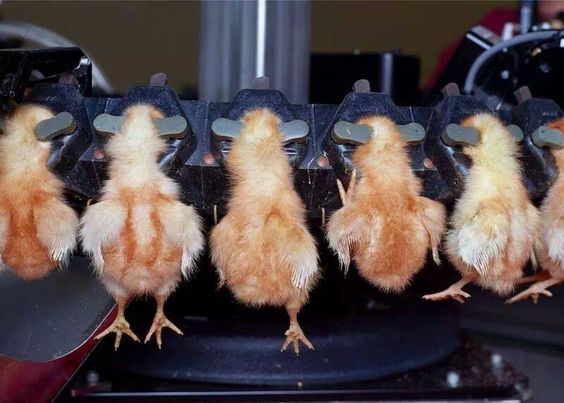 Whether free range or factory farmed, male chicks are of no use for egg or meat production, and are killed almost immediately after hatching. They are either thrown into an industrial grinder (‘macerator’) while still alive or gassed to death, the preferred method in the UK. 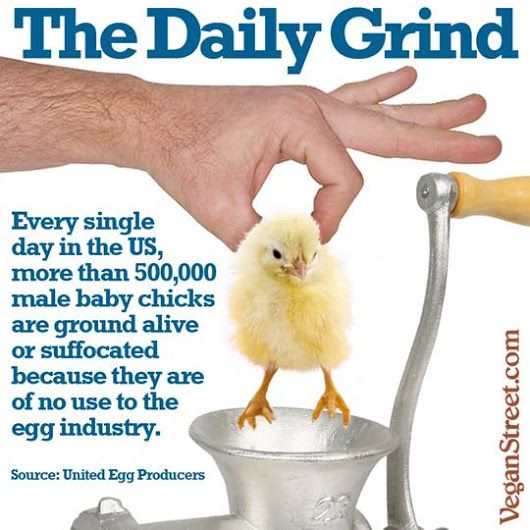 The effect on the animals

Chickens are intelligent, inquisitive animals, but under farmed conditions they are unable to perform any of their natural behaviours like dust-bathing or building a nest, feeding or foraging. The confined, packed-out conditions have serious implications for their physical and mental health – broken bones, osteoporosis and malignant tumours are common, as are stress-induced abnormal behaviours. Lack of exercise also causes some hens’ bodies to degenerate.

Even in the ultimately rare small scale production systems, hens are still treated as commodities, with no say over the use of their bodies. Keeping rescued egg-laying hens in your backyard is one way to help these animals, but taking their eggs for your own consumption is not. Some hens mourn the loss of their eggs, while many eat their own unfertilised eggs as a way to take back the nutrients contained within them. Even if this was not the case, what is important is that other animals are not ours to use in any way. Go vegan and fight against exploitation! 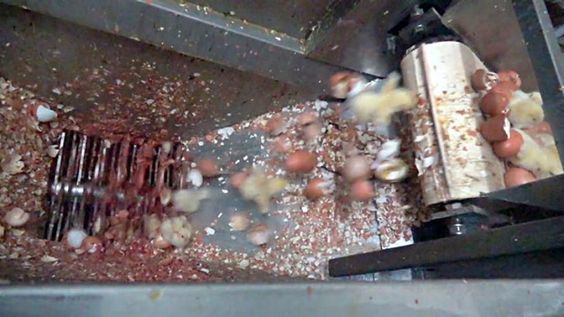 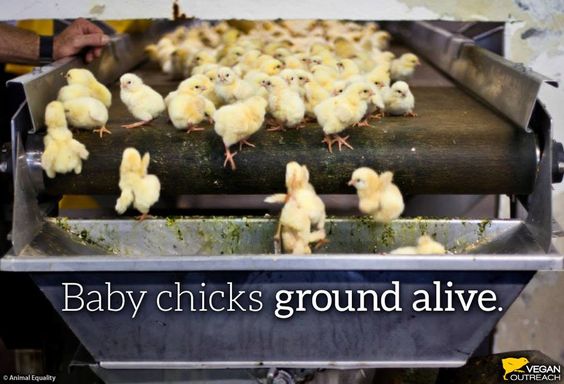 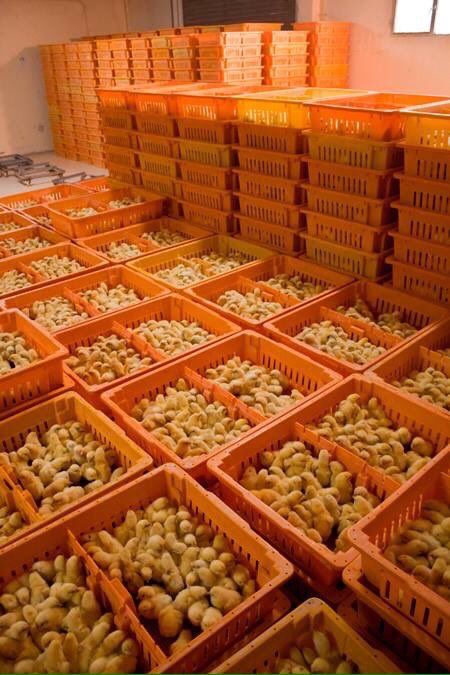 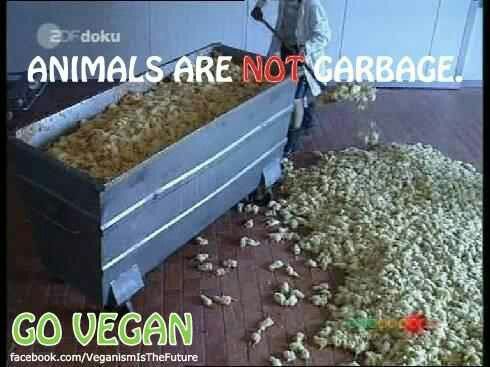 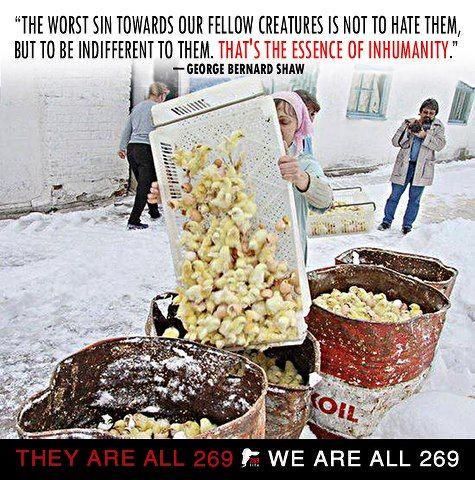 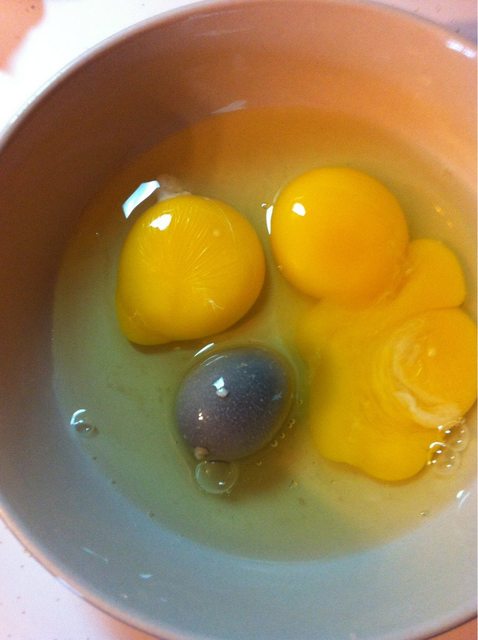 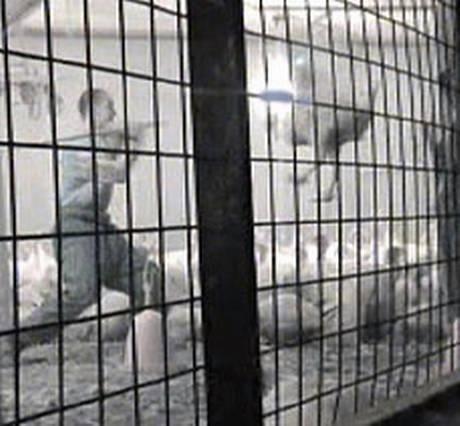 Is it OK to eat eggs from chickens I’ve raised in my backyard?

As an animal rights group, we cannot condone using animals for any reason, which is why PETA promotes a healthy vegan lifestyle. However, we would not oppose eating eggs from chickens treated as companions if the birds receive excellent care and are not purchased from hatcheries. Make sure you’re ready for the commitment of adopting chickens, as they will continue to be a part of your family long after they stop producing eggs.

Hatcheries breed chickens to have “desirable” traits despite any negative effects this inbreeding may have on their health. It’s also common for sickly chicks to be tossed out and left to die, while male chicks, who don’t produce eggs and are seen as disposable, are often ground up while still alive. Doing business with hatcheries encourages them to continue to breed and hurt chickens. The only ethical way to obtain chickens is to adopt them from animal shelters or rescue groups that have the birds’ best interests at heart.

You should also know that chickens require specialized veterinary care—something that many veterinarians, who are used to working with dogs and cats, will not be able to provide. 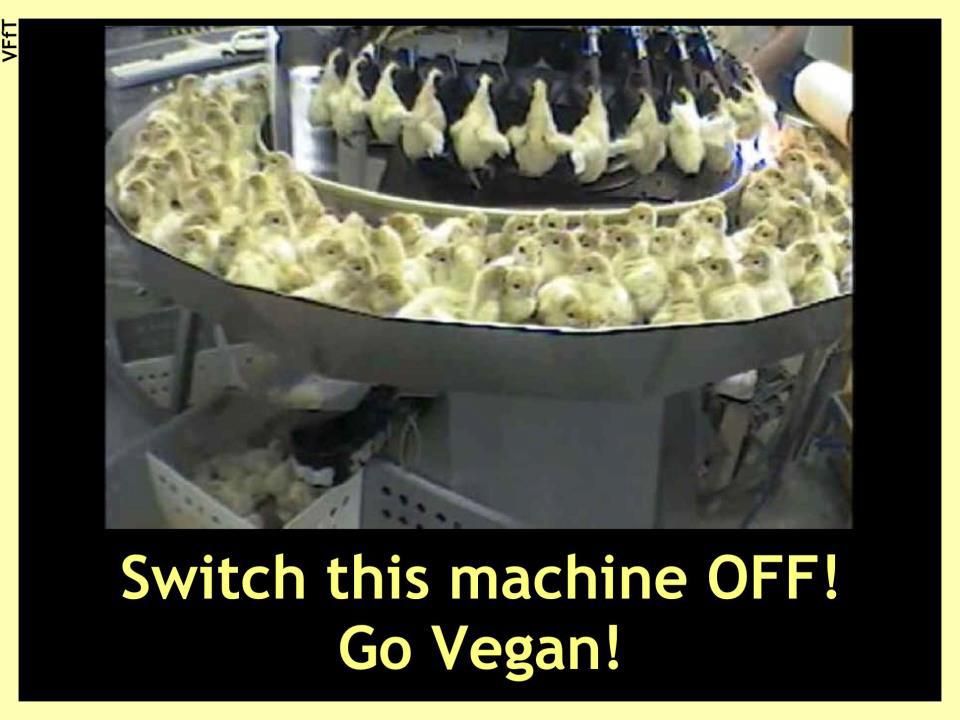 Many people choose not to eat eggs for health reasons. All eggs, regardless of their origin, are high in fat and cholesterol and don’t contain any fiber. In many studies, researchers have found that higher levels of cholesterol are linked to a greater risk of having a heart attack. For every 1 percent increase in the amount of cholesterol in your blood, there is a 2 percent increase in your risk of having a heart attack. Conversely, every 1 percent reduction in your cholesterol level reduces your risk by 2 percent. Elevated cholesterol—anything above 150—promotes atherosclerosis, the buildup of cholesterol, fat, and cells in the arteries that feed the heart. When these arteries become clogged, a section of this muscle loses its blood supply. The result is a heart attack. 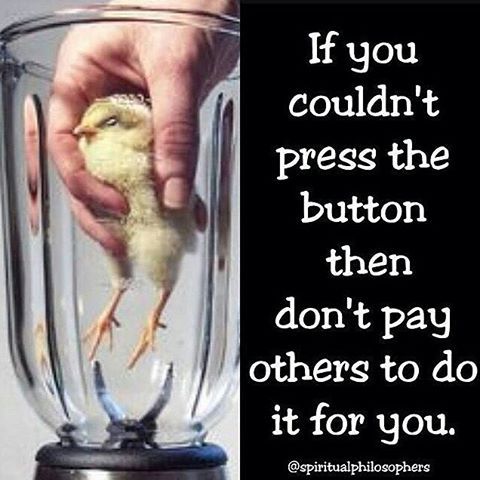 The best thing that anyone can do to help animals is to choose not to eat them, and we have so many choices as consumers that there’s simply no reason to use animals to feed ourselves. By making this choice, you’ll be helping animals and yourself as well: A vegan diet helps prevent strokes, osteoporosis, kidney stones, many types of cancer, diabetes, hypoglycemia, kidney disease, peptic ulcers, hernias, obesity, gallstones, hypertension, asthma, and many other medical conditions and diseases. 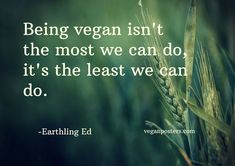